The Lost Souls Cover Art with K.D. Worth

My GRIM LIFE series tells the tale of Kody, a suicidal college student, struggling with his sexuality and his faith in God. Max is the grim reaper sent to take Kody to heaven when Kody tries to kill himself. Instead Max feels a deep, unexpected connection with Kody and Max saves his life. Now they are both serving as grim reapers, taking souls to heaven.

But dating is tough, especially when you’re dead.

The third and final book in the series, THE LOST SOULS is a story of redemption, ultimate forgiveness, trust, and friendship. After suffering unbearable losses, Max and Kody have learned that they are a part of a special prophesy that tells or two souls, twin flames, who will bridge the gap between purgatory and heaven.

And I think you can see that journey from despair to happily ever after in the beautiful cover art was created by Paul Richmond.

In The Grim Life, Kody is hurting and suffering deep depression and the pain is conveyed in the cover. You can see his supplicating posture, his desperation for forgiveness and a need for something to take his hurt away. That something is approaching in the background, the shape of a sarcastic teenage reaper. 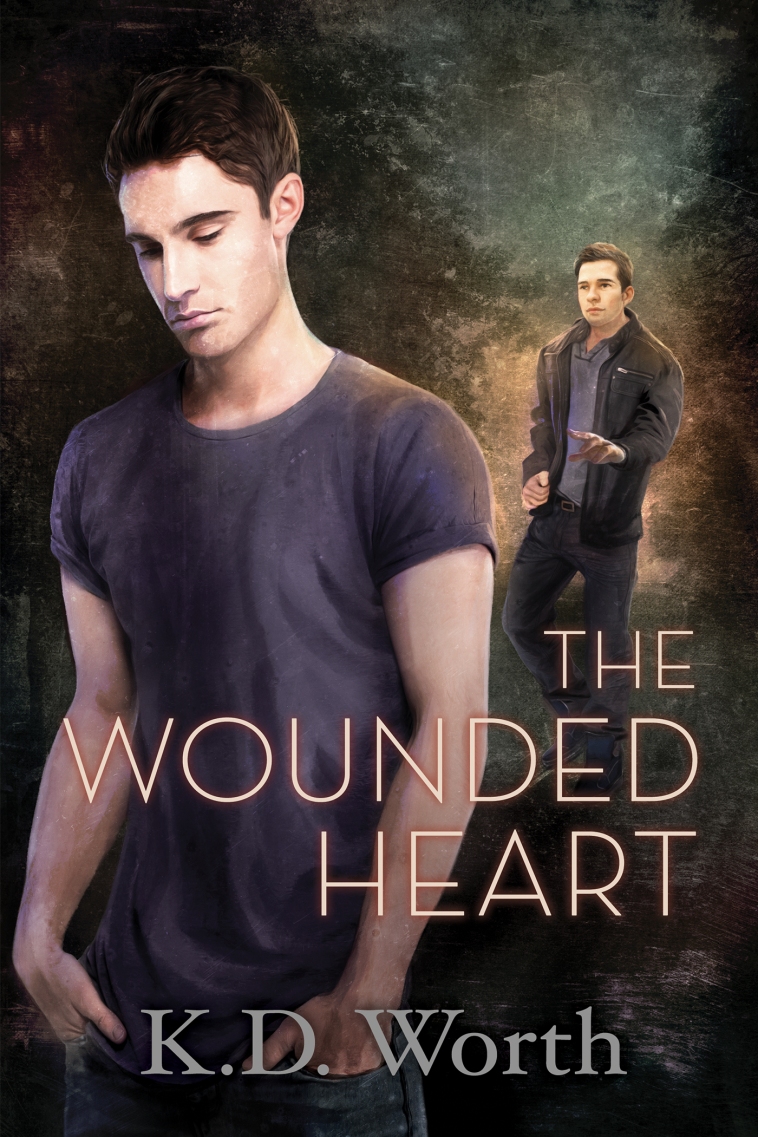 The Wounded Heart is Max and Kody’s journey, or rather struggle to find inner peace and self worth. They are together, yet their body language is still divided, they are keeping secrets and it’s keeping them from happiness

And lastly, The Lost Souls takes these boys to the brink, tests their faith and their love to come out alive and happy and in love on the other side. You can really see the emotion and confidence in Kody’s eyes, can’t you? And the brighter, happier colors really convey their hard fought for happily ever after.

In the exclusive excerpt from THE LOST SOULS you can really feel how far Max and Kody have come and that journey shows in the beautiful cover art Paul made.

Check out The Lost Souls today!

Teenage grim reapers Max and Kody are already dealing with being dead... and now they’re expected to save the world.

With the help of their guardian angel, Slade, and each other, Max and Kody have finally discovered the destiny God planned for them—help the lost souls languishing in purgatory back to heaven. But they’re still growing into their roles. Kody, the Healer, struggles to understand the power born of his empathy, and Max’s abilities as Protector suffer because of longing for his best friend... along with Slade’s dire prediction that Max will lose Kody. So many are depending on them, and they’ll have to summon all the love and faith inside them to face a mass school shooting and bring love and hope to those who need it most.

“First things first,” Slade said, setting his coffee down. He pointed across the other street and between two ramshackle buildings to a trash-filled alleyway. There was a pile of rags inside a box, but then it moved and I saw what Slade meant.

A man was sleeping in a box.

“Be kind, Max,” Slade scolded, and I tried not to frown—too much. Then he looked at Kody. “You’re going to help that homeless man cross over. He’s a war veteran who’s been suffering from cancer for a long time, though he doesn’t know it.”

“How can he not know?” Kody asked, eyes wide with concern and the straw of his milkshake halfway to his mouth.

He smiled sadly. “Some people can’t or won’t go to a doctor. Others just don’t care. It’s many different reasons and the same. But you’re going to help him. No more of this refusing to deliver the Touch.”

I bristled when Kody turned paler under Slade’s scolding tone. Kody’s eyes locked on the man in the box. He swallowed once and set his shake down. “Um, yeah, okay.”

Slade stood and we followed his lead.

“Now?” Kody looked at me, chewing his lower lip.

“You got this, babe,” I assured him as I patted his arm.

Nodding once, Kody faced the street and his unexpected charge. So much for relaxing and enjoying a milkshake.

I wished I could protect Kody, but I knew that, in the end, Slade was right. I couldn’t help Kody if I never let him get strong enough to do this on his own.

He had to be able to do his job so I could do mine.

I couldn’t do all of it.

Hands shoved in my pockets, I frowned at our boss.

Yeah, he was right, but I didn’t need the telepathic “I told you so’s.”

Slade gestured to me and himself. “We’re right here.”

Though he had stepped away from me, I remembered how I’d made the shield around him without touching him, and I pushed my love toward him.

Kody nodded, paused, and then smiled at me. I knew he felt my power. But he shot a nervous glance at Slade before looking both ways and crossing the street. My heart lurched as he jogged behind a truck. The memory of the morning he died assaulted me and stole the breath from my chest. The delivery van, the….

I shook my head and focused on now.

Any time I let my fear get in the way, I was unable to protect Kody. And I didn’t want him picking up on my fears and becoming distracted. I had to stay focused.

I glanced around, up in the sky and down the street. I saw no souls, shades, or wraiths wandering around. My obsidian was warm on my left wrist, not as warm as the protective light inside me, but I was very aware of the power it exuded.

Doubtless the Hunter beside me was keeping us safe too.

I watched intently as Kody approached the sleeping man in the box. Kody rolled his hands in front of him, his face pensive.

I hastily whispered in his mind, “You got this, babe. I’m so proud of you.”

That must’ve been the right thing to say, because Kody glanced over his shoulder and smiled at me. I could see his relief as his posture softened.

He reached out and laid his hand on the man’s shoulder.

I knew the moment he delivered the Touch because Kody faltered and gasped.

Before I could run across the street, Slade grabbed me by the arm, stopping me. I had this sick déjà vu from another time he stopped me from running into the street, and my stomach dropped to my knees.

In a daze, I blinked several times, more than aware of the white lightning crackling on my fingertips. By the time I had caught my breath, the homeless man’s spirit had arrived and he was talking to Kody.

Slowly my heart rate returned to normal when Kody smiled.

I could tell he was tired, but he materialized a door. A very traditional door with a proudly waving American flag jutting out from the doorjamb, suitable for the homeless veteran whose tattered clothing slowly morphed into a crisp green uniform. His scruffy drawn face was now fleshy and vibrant, his hair high and tight. As Kody spoke to him, the man began to stand straighter, and he even smiled.

Whatever Kody was saying erased the depressed, broken man still lying in the box. Holding out his hand, Kody now walked a proud American hero through his door.

When the door disappeared, Kody remained behind.

I raced across the street—and I finally got my answer to what it would be like to have a car drive through you while in spirit form.

It was fucking creepy.

Like some sort of twisted 3-D movie, all around me, I saw the engine cut through my middle, then the roof of the car below my chin. In a split second, I looked down as the driver reached for her coffee. Then I saw the groceries in her trunk, and then I was standing in the middle of the street.

Shaking it off, I ran to Kody, avoiding the cars in the other lane this time. “Kody, are you okay?” I asked in a rush.

He looked at me, dark circles under his eyes. He reached for me and I immediately drew him into an embrace. His grip tightened as my light—our love—united us at once, heating us within.

We stayed like that for a moment, and I allowed Kody to take whatever he needed. “Are you okay?” I asked again.

Kody pulled back, and a proud gleam flashed in those blue eyes, a faint smile tugging at his lips. “Max, yes, I’m okay,” he assured me, grin widening. “I think I’m really going to be okay.”

**NOTE** if you or someone you care about is having suicidal thoughts/actions, please call the National Suicide Prevention Lifeline It is always open 24 hours a day 1-800-273-8255

The Lost Souls
The Grim Life

$6.99
Buy from Retailer
The Wounded Heart

$6.99
Buy from Retailer
The Grim Life